A Big Hit with Tourists 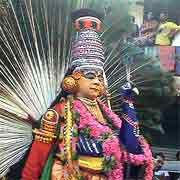 Tamil Nadu is a land of Sun kissed beaches, ancient temples and rich history which attracts tourists from across the globe. A home to the world's Classical Language Tamil, Tamil Nadu is an Indian state located on the eastern coast of the southern Indian.The people inhabiting the state are called Tamils. It is a modern state which is developing at a fast pace when it comes to industrialization and urbanization. On of the most popular destinations of India, Tamil Nadu is truly a nirvana for its tourists. The credit for its popularity goes to its several natural resources, amazing wildlife sanctuaries, exciting beaches, pleasant hill stations, beautiful resorts, flawlessly carved ancient temples and delicious cuisine.

The settlements in Tamil Nadu dates back to the prehistoric times. According to the Archaeological surveys conducted here, it is one of the longest incessant habitations in the country. Some objects belonging to the Neolithic period(3800 years ago) have also been found here. The several kingdoms which prevailed here in ancient times were the Chera, Chola, Pandya and Pallavas. Many beautiful temples and monuments were built during the reign of the rulers of these kingdoms. The year 1639 marked the arrival of the British.

Covering the total area of 130,058 sq km, Tamil Nadu has a climate ranging from dry sub-humid to semi-arid. November to February is the best time to flock to this enchanting destination. The state receives an annual rainfall of about 945 mm. It is an IT hub where students from all over the country come to study and work with big compinies. Tamil is the primary language of the state.

The cuisine of Tamil Nadu is considered to be one of the oldest cuisine in the world. The cuisine of the state mainly consists of Rice, Dosa, Idly, Uttapam, Vada which are served with Sambhar and Coconut chutney. Fast food is also gaining popularity in the state.

Be it the arrival of Spring or festivals, birth of a child or weddings, the people of Tamil Nadu have a lot of reasons to celebrate. The state is the proud owner of? rich literature, dance forms and music forms. Some of the famous dance forms of the state are Bharatnatayam, Karakattam and Mayilattam. The music is called Carnatic music which is a classical form of music. Pongal, a four day festival is the most important festival of the state which is associated with the arrival of new opportunities.Other festivals are Saraswati Puja, Deepavali, Christmas and Eid ul-Fitr.

The hotels and resorts of Tamil Nadu are famous for their beauty, hospitality and services. Spa is an integral part of these hotels and resorts. Some of the famous accommodations in the state are Le Meridien, Taj Garden Retreat, MGM Beach Resort, Lakeview Hill Resort and Ayurvedic Resort.

Tamil Nadu has a well established transportation system that connects all parts of the state with each other and with the other cities if India.

Railway: Tamil Nadu has 532 railway stations. The railway system connects the state to the main cities of India.